To prevent her condition from worsening, she must now have a penicillin injection every 28 days until at least the age of 21, and will likely require further surgery.

Tenaya is one of more than 5000 Aboriginal and Torres Strait Islander people living with RHD or its precursor, acute rheumatic fever (ARF).

But an RHD Endgame Strategy, produced by the End Rheumatic Heart Disease Centre of Research Excellence (END RHD CRE), has brought hope for the elimination of the disease in Australia by 2031.

The blueprint for the first time outlines exactly how to prevent new cases and improve the quality of life for those already living with the disease.

Lead author of the strategy, Dr Rosemary Wyber, is a GP, Senior Adjunct Research Fellow at the University of Western Australia and Head of Strategy for END RHD.

‘There’d been decades of research about rheumatic heart disease, but really all of those different strands of research hadn’t been pulled together into one comprehensive approach to tackle the disease,’ she told newsGP.

‘We really felt that that was the next step of what needed to be done.’ 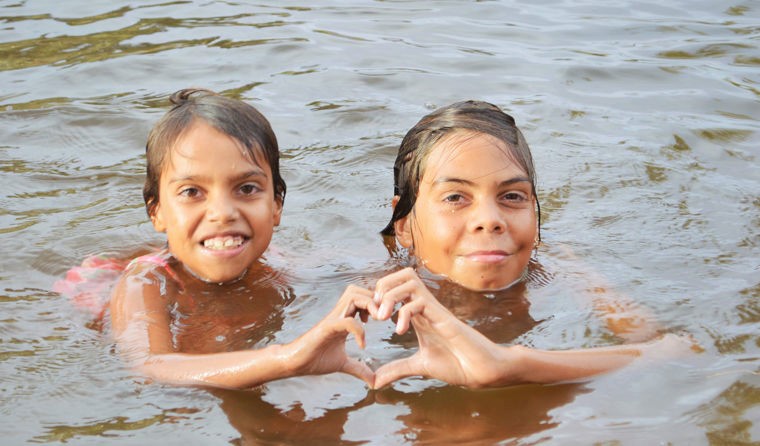 The median age at death of Aboriginal and Torres Strait Islander people dying with RHD is 50 years, but the pathway can commence as early as the first year of life as a complication of exposure to bacterial streptococcus A (strep A).

Over time, recurrent strep A infections can lead to recurrent ARF, which causes the long term damage of RHD.

‘An abnormal immune reaction causes damage to the heart valves, which means they don’t open and close properly, and then over time that leads to heart failure,’ she said.

‘So the heart’s not pumping as effectively and that can cause other problems like an abnormal heart rhythm or an increased risk of stroke.’

RHD can take years to develop and, according to Dr Wyber, can often be quite advanced by the time people present with obvious symptoms.

‘Once people have got the breathlessness or they’re not able to keep up with their normal activities, that’s really a sign that the process of heart failure has already begun, and that’s indicative of quite significant heart valve damage,’ she said.

‘So there’s definitely a period of time where people are developing that chronic heart disease, but they’re not necessarily aware of having symptoms, and they don’t always have the opportunity for medical intervention to try and slow that process.’

RHD was not uncommon throughout Australia in the 1940s and ’50s. But as housing conditions and access to hygiene infrastructure, good primary care and antibiotics improved, rates started to significantly decline for the non-Indigenous population.

‘But what’s become clear is that that change never occurred for Aboriginal and Torres Strait Islander people who are still living with this inequitable burden of ongoing rheumatic heart disease,’ Dr Wyber said.

The Aboriginal Community Controlled Health sector was heavily involved in development of the Strategy. Without that input and leadership, Dr Wyber says the research project would have remained ‘yet another academic exercise’.

Pat Turner, CEO of National Aboriginal Community Controlled Health Organisation (NACCHO) and lead convenor of the Coalition of the Peaks, says tackling RHD is a priority.

‘It really is unconscionable to let the next generation of our children develop this disease – to be subjected to heart surgery, a needle every month, and have their life expectancy limited by decades – when we know how to stop this,’ she said.

‘Kids are coming off country for months at a time for surgery, people are dying before their time. We’ve got the community demand, Aboriginal and Torres Strait Islander leadership and, with the Endgame Strategy, a culturally appropriate and meaningful plan.’

RHD can take years to develop and can often be quite advanced by the time people present with obvious symptoms, Dr Rosemary Wyber said.

Recently launched by Federal Health Minister Greg Hunt together with Ms Turner and END RHD CRE Chief Investigator Professor Jonathan Carapetis, a world-leading RHD expert and and Telethon Kids Director, the strategy was endorsed by 25 leading health and research organisations, including the RACGP.

If all prevention strategies are implemented, it is estimated there would be a 71% reduction in RHD cases and 69% reduction in ARF cases, and a $188.2 million saving on healthcare expenditure.

‘We know that the cost of inaction on this disease is significant,’ Dr Wyber said.

‘We know that the opportunities for prevention are significant if people can get into clinics to have their skin sores and sore throats treated when they need them, to have ongoing medical care,’ she said.

‘And really, it’s about resourcing Australia’s primary care sector appropriately to be able to respond to the needs of Aboriginal and Torres Strait Islander people who are at greatest risk.

‘We know at the moment that the primary care sector in the areas of greatest need is underfunded, and that people are really working so, so hard to deliver best practice care, and that’s such an ongoing challenge.

‘So GPs and primary care staff more broadly are critical to this work and making sure that the sector is supported to deliver that is essential.’

Are elections stressful enough to cause a heart...

The Wide Angle: Dropping a camera and having...

Cookham golfer who collapsed and had heart attack...

Man Rescued From Fishing Boat After...

Are elections stressful enough to cause...